Brussels, December 20th, 2018. The European IWT Platform, this year created by EBU and ESO, is pleased to announce the nomination of Mr. Nik Delmeire as its coordinator.

EBU Secretary General Theresia Hacksteiner and ESO Secretary General Gerard Kester: ‘We are glad to have Nik on board the platform. With his knowledge of shipping organisations he can very well contribute to the ambitions our sector has’. 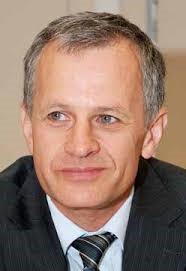 In his new capacity Mr. Demeire will be responsible for the coordination of the platform. As such he will in particular cope with innovation and digitalisation, one of the major challenges of the sector in the coming years. Nik will be one of the faces of the Inland Waterway Transport presence within Europe and act as our continuous presence in Brussels. As coordinator of the platform he will be closely cooperating with the secretaries general of EBU and ESO.

As of 1 January 2019 EBU and ESO, the two organisations representing the inland waterway transport sector at European level, established the “European Inland Waterway Transport (IWT) Platform”.  The platform is intended to add a new dimension of expertise to the benefit of the entire inland navigation community and all institutions involved in it. And thus strengthen our sector.

At the IWT Platform launch event on 21st of January 2019 our stakeholders will be able to meet Nik in person.

About Nik Delmeire:
During the first 30 years of his career he has taken the opportunity to cover most aspects of the supply chain of a large and multinational manufacturer of goods. Through these roles he got in contact with the European Shippers’ Council. He joined ESC as Secretary General in October 2014. In this role he was heavily involved in initiatives and projects that should lead to maximal digitalisation and greening of all logistics processes.