.. ‘life is simple, but we insist on making it complicated’ .. (confucius) 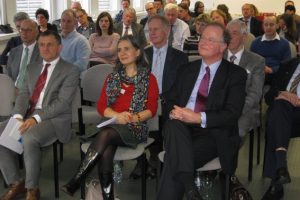 Approximate 35 guests from European Commission, member states, ports, inspections, organisations and of course members, were informed about the ongoing businesses  and a preview of what is to come.

The event was hosted at the premisses of ITLB, right near the Berlaymont building of the Commission.